BRICS is the acronym coined for an association of five major emerging national economies: Brazil, Russia, India, China and South Africa. Originally the first four were grouped as “BRIC” (or “the BRICs”), before the induction of South Africa in 2010. The BRICS members are known for their significant influence on regional affairs; all are members of G20. Since 2009, the BRICS nations have met annually at formal summits. China hosted the 9th BRICS summit in Xiamen on September 2017, while Brazil hosted the most recent 11th BRICS summit on 13-14 November 2019.

In 2015, the five BRICS countries represented over 3.1 billion people, or about 41% of the world population; four out of five members (excluding South Africa at #24) were in the top 10 of the world by population. As of 2018, these five nations had a combined nominal GDP of US$18.6 trillion, about 23.2% of the gross world product, a combined GDP (PPP) of around US$40.55 trillion (32% of World’s GDP PPP), and an estimated US$4.46 trillion in combined foreign reserves. The BRICS have received both praise and criticism from numerous commentators. Bilateral relations among BRICS nations are conducted mainly on the basis of non-interference, equality, and mutual benefit. 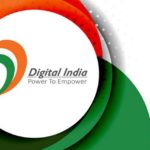 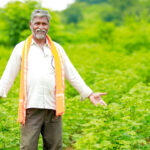 PM-KISAN has been successful in its objective to provide financial support to farmers without any involvement of middlemen. September 19, 2020