“Economy or Ecology’ is not a dilemma. They do not compete. They are complimentary . Bright and Sunny example is ‘ Solar Project” . SDG-7 ( cleann energy ) and SDG-13 ( Climate Action)

Under PM Modi’s  government, priority is Environmental protection as well as Ease of Living. SDG-3. ( Good Health and Wellbeing )

The Prime Minister said that the International Solar Alliance (ISA) was launched with the motive to unite the entire World in terms of solar energy. He said the spirit behind was One World, One Sun, One Grid. SDG-17 ( Partnership)

Rewa, in Madhya  750-MW solar plant is quite large in terms of scale, and is expected to reduce the country’s emission drastically, by an amount equivalent to 15 lakh tonne of carbon dioxide annually. It would supply power to people of Madya Pradesh but also to Delhi Metro.

Out of world’s 7 largest solar plants 4 are in India . India goes Solar. 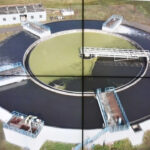 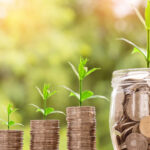