More than 82 percent of the workforce in India is employed in the unorganised sector, as noted by the International Labour Union in its India Labour Market Update of 2016.To bring them in the mainstream with intent of their wellbeing is SDG-3. Atal Pension Yojana (or APY, previously known as Swavalamban Yojana) is a government-backed pension scheme in India, primarily targeted at the unorganised sector. It was mentioned in the 2015 Budget speech by the then Finance Minister Arun Jaitley. It was launched by Prime Minister Narendra Modi on 9 May in Kolkata.

Unnat Jeevan by Affordable LEDs and Appliances for All March 4, 2020 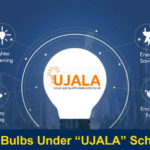