Skilling gives empowerment which in turn makes the communities to deal with emergencies that may threatens wellbeing ( SDG3) of the community. Deen Dayal Antyodaya Yojana or DAY is a Government of India scheme for helping the poor by providing skill training. It replaces Aajeevika. The Government of India has provisioned ₹500 crore (US$70 million) for the scheme. The objective of the scheme is to train 0.5 million people in urban areas per annum from 2016. In rural areas the objective is to train 1 million people by 2017. Further, in urban areas, services like SHG promotion, training centres, vendors markets, and permanent shelters for homeless. The aim of the scheme is skill development of both rural and urban India as per requisite international standards 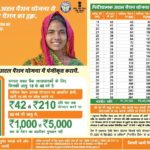 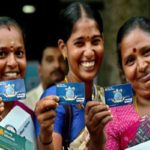