Make in India, a type of Swadeshi movement covering 25 sectors of the Indian economy, was launched by the Government of India on 25 September 2014 to encourage companies to manufacture their products in India and enthuse with dedicated investments into manufacturing.

After the launch, India gave investment commitments worth ₹16.40 lakh crore (US$230 billion) and investment inquiries worth of ₹1.5 lakh crore (US$21 billion) between September 2014 to February 2016. As a result, India emerged as the top destination globally in 2015 for foreign direct investment (FDI), surpassing the United States and China, with US$60.1 billion FDI. As per the current policy, 100% Foreign Direct Investment (FDI) is permitted in all 100 sectors, except for Space industry (74%), defence industry (49%) and Media of India (26%). Japan and India had also announced a US$12 billion “Japan-India Make-in-India Special Finance Facility” fund to push investment. 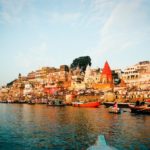 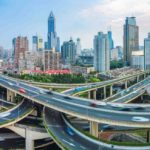