‘Furthest behind’ can be taken along with those who are ahead.

2030 Agenda for Sustainable Development agreed by the UN 193 United Nations Member States pledged to ensure “no one will be left behind” and to “endeavour to reach the furthest behind first.”

That resolve made by world leaders in 2015 was ambitious. In practice, this means taking explicit action to end extreme poverty among 7.5 billion people, curb inequalities, confront discrimination and fast-track progress for the furthest behind.

Prime Minister of India Narendra Modi, certainly believes that the ‘ furthest behind’ can be taken along with those who are ahead.

Take for example his visit to Kutch, the largest , driest and the western most and the most deprived district of India in the state of Gujarat. Modi has taken an important steps in the twin directions of New Age Technology and New Age Economy in the Kutch. He is promoting Renewable Energy Park in habitat of Khavda, desalination plant in town of Mandvi and the new diary plant at Sarhad (border ) in town of Anjar. These major projects coupled with biodiversity conservation in the wetlands there would be the development journey of Kutch. The benefit of these projects would accrue to ‘ furthest in the line ‘. Farmers, cattle ranchers and common people, and specially women, mothers and sisters of the region will benefit.

The identity of Kutch has already started changing . Today, Kutch has become one of the fastest growing regions of the country. The connectivity here is getting better day by day. Earlier there used to be a continuous exodus in this border area. The population recorded negative growth. Elsewhere, the population was increasing and here it was on the decline, because most of the people, in the border areas with Pakistan, used to migrate.

Now that the migration has come to a halt, people are returning to villages. They are , in fact, returning because they do not want to be behind!

Kutch literally means something which intermittently becomes wet and dry; a large part of Kutch is shallow that submerges in water during the rainy season and becomes dry during other seasons. Just before monsoon rains Kutch looks like ‘snow ‘covered. It is nothing but salt. The snow-salt is result of the dried wet-lands.

What Modi is attempting in Kutch is achieving no poverty-SDG1, Zero hunger-SDG2, clean energy SDG7, Industry and Innovation-SDG9, Climate action SDG13, Life on Land-SDGs 15. Above all Modi wants that ‘no one is left behind’.

The road to fighting climate change is through climate justice March 26, 2021 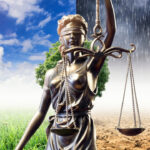 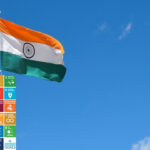 Praised by the world but lesser by Indians April 6, 2021