Praised by the world but lesser by Indians

Then he became the first Indian to get Nobel Prize in the literature. Then western world and  Indians started singing the appreciation of Tagore’s fresh and beautiful verses. They found the verses  profoundly sensitive, with consummate skill, he has made his poetic thought, expressed in his own English words, a part of the literature of the West.

Prime Minister Narendra Modi’s story of ‘ sustainable development’ is following the same track. The world has now started   taking note of Modi’s initiatives more than the Indians do. Many in India , learning the language from media , call these initiatives as mile-stones in his political journey. I call them  Modi’s developmental songs. Nobel Committee need to take note. His actions on climate change has become the guide-book for many world leaders. Modi is demonstrating the links of SDGs to peace, prosperity and planetary level .
End

‘Furthest behind’ can be taken along with those who are ahead. April 6, 2021 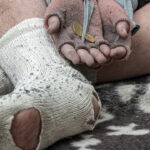 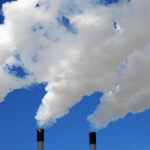 India is not only on track to reach the targets of Paris Agreement but also exceeded April 11, 2021